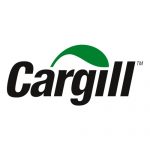 Cargill completes sale of its cultures and enzymes business to DSM

Oghma Partners is pleased to announce its role as exclusive financial adviser to Cargill BVBA in relation to the following transaction, which was completed on 6 December 2012 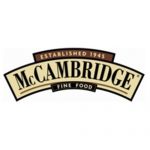 Oghma Partners is pleased to announce its role as exclusive financial adviser to McCambridge Group Holdings Limited in relation to the following disposal, which was completed today:

Finalists for the 2012 Food Manufacturing Excellence Awards have been announced

Oghma Partners LLP, the Food and Beverage focused corporate finance boutique, is pleased to announce the publication of its Scotch and Irish Whiskies M&A report. Copies of the report are available on request. For more information on the report, click here for the full press release.

Oghma Partners, the Mergers and Acquisitions boutique specialising in assisting clients operating in the Food and Beverage markets, has compiled a review of the Scotch and Whisk(e)y industries which is available now, upon request. The recent acquisition of the Bruichladdich distillery by Remy Cointreau has demonstrated the increasing interest in whisk(e)y distilleries as acquisition opportunities […]

According to Oghma Partners research, the first eight months of the year have seen the highest level of deal volume in the sector since 2007. Assuming current trends continue the last four months of 2012 should confirm the year as the most active since 2007 by volume, albeit the value of transactions may still be […]

Mark Lynch of Oghma Partners is pleased to announce the release of the latest M&A review, including up to date information on the latest deals and trends in the Food and Beverage industry. The report will be sent directly to you in the next few days. If you do not already receive the report then please do […]

Oghma Partners LLP is pleased to announce its role as an advisor to the management of Dragonfly Foods from 2010-12 leading to the sale of the business to new investors.

There is still time to vote for the Food Manufacturing Company of the Year Award at the Foodman Excellence Awards 2012! Voting closes in mid- September with the finalists announced during the week of the 17th September – don’t miss out! Voting can be done via this link and good luck to all the entrants!

One highlight of the last tertial has been the acquisition by Remy Cointreau of the Bruichladdich distillery. This deal is fascinating in many ways; the distillery business was essentially resurrected in 2000 when bought out by a group of investors. It sat neatly in the premium end of the market selling a single malt product. […]

The latest Oghma Partners M&A review is now available, covering the Food and Beverage industry to April 2012. It shows that acquisition activity continues to be driven by deals within the industry with an estimated 68% of acquisitions in the period were made by UK corporates and a further 21% by overseas companies or subsidiaries […]

Intervention in the UK Brewing Industry

We are pleased to report the publication of a book, ‘Intervention in the UK Brewing Industry’, written by John Spicer, Chris Thurman, John Walters and Simon Ward reviewing the circumstances leading up to the 1986-9 Monopolies and Mergers Commission inquiry into the UK brewing Industry.

Oghma Partners LLP, the Consumer Sector focused corporate finance boutique, is pleased to announce the publication of its review of disposals and acquisitions in the UK Food & Beverage Sector in 2011 and the outlook for 2012.

Acquisitions and Disposals in the European Produce Sector

Oghma Partners LLP, the Food & Beverage focused corporate finance boutique, is pleased to announce a review of the UK produce sector and an analysis of M&A activity on a Pan-European basis.